Off with their Heads! The Loggerhead Shrike Enjoys Wicked Winter Ways 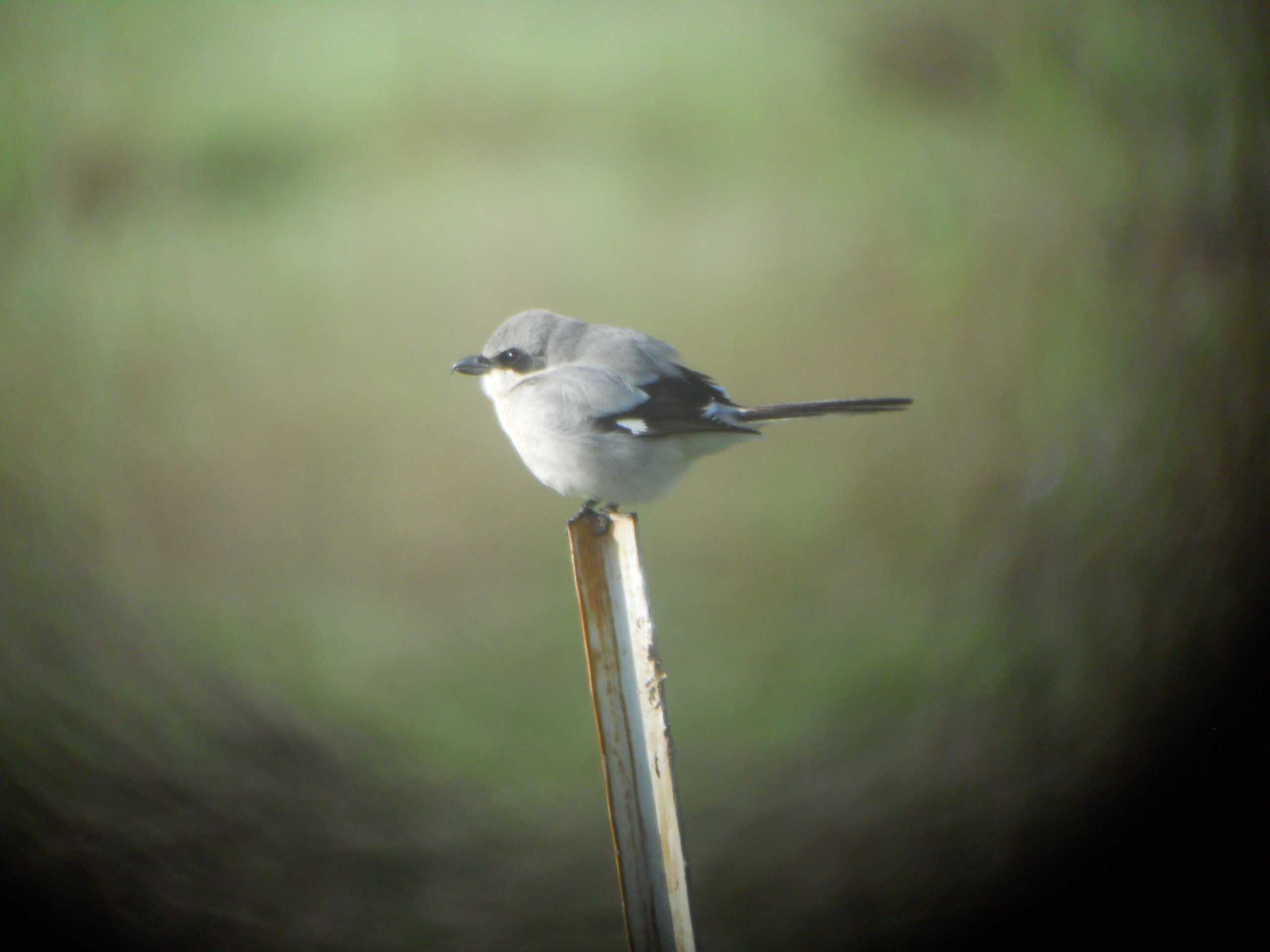 Winter brings us rainstorms, hot cocoa, cozying up by the fire, and spending time indoors. Bears hibernate, while squirrels feed on nuts gathered during the fall.

The Loggerhead Shrike (Lanius ludovicianus) has its own winter traditions. Its customs, however, are not so wholesome as you might expect from this little bird. The Loggerhead Shrike stores food for the winter like many other birds, but its method for catching food is quite grisly. (Cue the creepy music). Also known as the “Butcher Bird,” it hunts small insects and impales them with sharp items like barbed wire and cactus spines. The immobilized victims can be an immediate meal, while uneaten parts are saved in the den of death for dessert.

Insects that are toxic, such as Monarch Butterflies, are no problem for the Butcher Bird. If the prey is toxic, it simply impales the insect and lets it sit for a few days to allow the toxins to degrade before consuming it. This crafty bird also has been known to eat around the toxic parts of insects impaled on its shish kabob.

The Loggerhead Shrike is listed as a Federal Species Special Concern. In the MSHCP area, it lives mainly near the Prado Basin/Santa Ana River, the Badlands, and Lake Perris. While it may seem cruel in the way it kills and stores its prey, these birds are vital to the ecology of their habitats. Displacement due to urban development and spraying of insecticides and fertilizers are threats to their long-term survival.