Working Together to Protect Species and Habitat 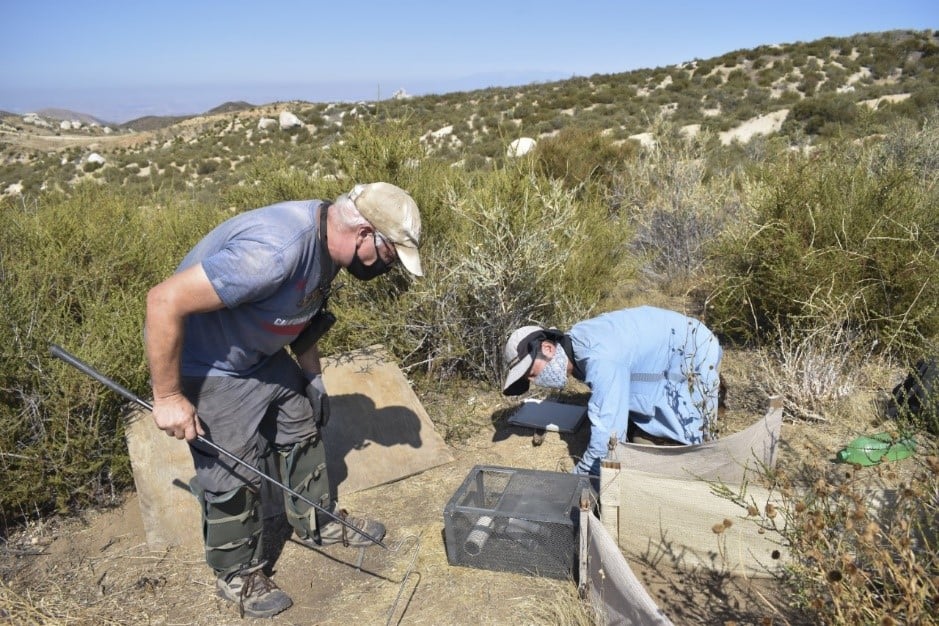 Partnerships help the RCA implement the Western Riverside County MSHCP. The RCA contracts with the Santa Ana Watershed Association (SAWA) to monitor the 146 species protected by the MSHCP.

As part of this partnership, SAWA’s biologists monitor and log endangered and threatened species and their habitat on MSCHP lands. This past month, the SAWA biologists began visiting sites to start the Quino Checkerspot Butterfly surveys as well as surveys at vernal pools for two threatened Fairy Shrimp species.

The SAWA biologists visit remote, targeted areas where they perform surveys ranging from visual surveys to surveys where they temporarily catch and tag species to document numbers present and analyze increases or decreases across years. The animals are released within a day. In rare instances, they take a tissue sample and send it to the United States Geological Survey, which assesses and provides a report on the species. Plant species, such as trees, are also sometimes tagged and documented.

RCA is happy to contract with SAWA and other agencies who assist us in monitoring the animals and plants within the MSHCP Reserve system, the largest conservation plan of its kind in the United States.