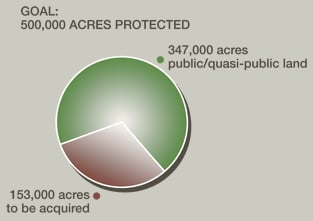 About 347,000 acres, or about 69%, was already public or quasi-public land when RCA was formed in 2004. This land forms the core of the Habitat Conservation Plan. 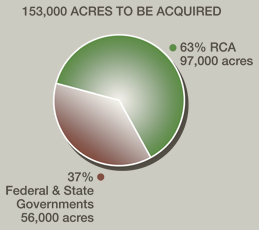 That left 153,000 acres to be acquired by RCA and federal and state governments. 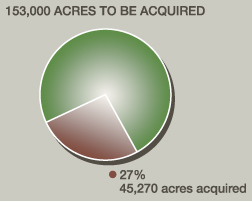 The Plan allows 25 years, or until 2029, for RCA to focus on acquiring the remaining land. To date, 79% of the planned reserves have been acquired. When complete, the half-million acres will constitute a system of reserves protecting an incredibly broad spectrum of species and their habitats. RCA details its activities in a public annual report.