The 347,000 acres of public and quasi-public lands already set aside as habitat are at the heart of the Western Riverside County MSHCP. Within these lands, tens of thousands of acres are designated as habitat reserves.

These reserves are important partners in RCA’s efforts to monitor and manage conserved land in Riverside County.

Several of these areas are open to the public.

Box Spring reserve lies on a steep and rugged granitic slope near the top of Box Springs Mountain, in a transitional zone between Coastal Sage Scrub and Chamise Chaparral.

The Box Spring Reserve is part of the Natural Reserve System of the University of California. This reserve is not open to the public but the adjacent Box Springs Mountain Reserve Park, owned and operated by Riverside County Park and Open Space District, is.

Hidden Valley Wildlife Area is located along the Santa Ana River. The 1,500 acres is managed as a park with 25 miles of hiking and equestrian trails and a Nature Center. The area serves as an important habitat for migratory birds. The Hidden Valley Nature Center overlooks the Santa Ana River watershed and offers hands-on experiences with live animals, snakes, reptiles. A short hike to the educational pond offers viewing of migratory bird species, flora and fauna, and aquatic life.

James San Jacinto Mountains Reserve is located on an alluvial bench situated at the lower end of Hall Canyon, a steep, western flank of Black Mountain. The James San Jacinto Mountains Reserve is part of University of California’s Natural Reserve System.  It is part of a large forested “sky island” and a jewel of biodiversity. Nested between 5,325 and 5,550 feet in elevation, the James San Jacinto Mountains Reserve is exposed to the extremes of all seasons, it receives on average over 26 inches of annual precipitation, and is surrounded by diverse biomes. The reserve hosts a wide variety of plant communities: Sierra mixed Conifer Riparian Forest, Oak Woodlands, Montane Chaparral, Alder-willow-cedar Riparian forest, and dry meadows. Habitats include mixed Conifer and hardwood forest, Montane Chaparral, Montane Riparian forest, rapidly flowing mountain stream with manmade reservoir (Lake Fulmor) immediately downstream. The entire watershed is protected for research and study by the U.S. Forest Service. There are records of 259 species of vascular plants, 35 bryophytes, six amphibians, 18 reptiles, 125 birds (60 percent nesting), 35 mammals, and around 1,000 invertebrates.

The Lake Mathews – Estelle Mountain Reserve is jointly owned and managed by Metropolitan Water District and Riverside County Habitat Conservation Agency. The Lake Mathews area is an important bird resting and feeding site, particularly in the winter months. In addition to a variety of ducks, Double-crested Cormorants, Western Grebe, Eared Grebe, Golden Eagles, and Bald Eagles are present during the winter. There are no public recreational facilities at Lake Mathews.

The Motte Rimrock Reserve lies on a broad, rocky plateau at the western edge of Perris Valley. It contains rich archaeological resources, including some of the best-preserved pictographs in Southern California. Coastal and desert influences intermingle at the site, creating an unusual mix of habitats. An inland type of Coastal Sage Scrub covers most of the reserve, with other areas supporting Chaparral, Coastal-desert Transitional Grassland, and Riparian Thickets. Six seasonal springs add to the diversity of the landscape. The 715-acre reserve protects critical habitat for a variety of animals, including two federally listed species: the endangered Stephens’ Kangaroo Rat and the threatened California Gnatcatcher, plus ten more rare animal species. The Motte Rimrock Reserve is affiliated with the University of California, Riverside.  This ecological reserve and biological field station is located on a small plateau overlooking the Perris Valley in west-central Riverside County.

This reserve is located in unincorporated Riverside County. It is designated by the Bureau of Land Management as an Area of Critical Environmental Concern (ACEC). This designation is given to areas where special management attention is needed to protect historical, cultural, and scenic values, or fish and wildlife, and other natural resources. Potrero ACEC is owned and managed by the Bureau of Land Management and the Riverside County Habitat Conservation Agency cooperatively manages approximately 900 acres. Due to its designation as an ACEC, there is no public access.

San Jacinto Wildlife Area is approximately 19,000 acres, with 900 acres of restored wetlands. It is the first state wildlife area to utilize reclaimed water to enhance its wetlands. Improvements are ongoing. Waterfowl, wading birds, and Quail are a few of the many animals found here. Surrounding land users are primarily agricultural, principally dry land wheat farming and dairy operations.

The approximately 7,500-acre Santa Rosa Plateau Ecological Reserve is a relatively undisturbed area of Oak Woodland, Chaparral, and native Grassland habitat. Preservation of the plateau could begin to provide a corridor for movements of Deer and Mountain Lion. Creeks draining the plateau contain deep holes, which hold water throughout the summer months and provide an important water source for wildlife. Most of the Santa Rosa Plateau Ecological Reserve is closed to all public use and access until further notice due to a wildfire. Please check the Santa Rosa Plateau website for updates as to when the reserve will reopen to the public.

Santa Margarita Ecological Reserve (SMER) is on the border between Riverside County and San Diego County between Temecula and Fallbrook. Established in 1962, the 4344-acre reserve encompasses a 5-mile reach of the Santa Margarita River, the longest protected coastal river in southern California and a variety of agricultural and upland habitats. SMER is a Research Field Station of San Diego State University and the San Diego State University Foundation.  The Reserve is a key part of preserving the entire Santa Margarita River, one of the last free-flowing rivers in coastal Southern California, and its rich ecosystem. The Santa Margarita River officially begins at the northeastern boundary of the Preserve, at the confluence of Temecula and Murrieta Creeks. The River flows through the impressive Temecula Gorge of the Reserve, the lands owned by the Fallbrook Public Utility District, and empties into the ocean through the largely undisturbed lands of Camp Pendleton. It is not open to the public except through a pre-arranged hiking or horseback-riding educational tour.

Southwestern Riverside County Multi-Species Reserve contains more than 13,500 acres of natural lands surrounding both Lake Skinner and Diamond Valley Lake between Hemet and Temecula. Preserved in perpetuity, the reserve was formed in part as an environmental mitigation measure for the Diamond Valley Lake project by the Metropolitan Water District of Southern California. The reserve contains several different types of native California habitat, including Coastal Sage Scrub, Willow Riparian and Oak Woodlands, and Grassland. Many plant and animal species call the reserve home, including more than 16 listed as sensitive, threatened, or endangered species.

Steele Peak is a reserve comprised of lands owned by the Bureau of Land Management and the Riverside County Habitat Conservation Agency. The lands are independently managed by each entity. Currently, there is no public access.  However, the RCHCA recognizes the importance of allowing for public access and is working on a public access plan for this Reserve.  If done appropriately, it will help the public achieve a greater understanding of the need for conservation of these lands and a better appreciation of all endangered and threatened species and the beautiful open space areas in Western Riverside County.

Sycamore Canyon is a nature reserve owned and managed by the City of Riverside. Whether you hike, bike, or just stroll, the Sycamore Canyon Wilderness Park’s trail system is a wonderful way to enjoy a beautiful natural environment within the City of Riverside! The trails offer amazing views of the city, chances to see native plants & wildlife, great birding opportunities –all just minutes from downtown! Sycamore Canyon Wilderness Park is a 1,500 acre park & one of eight protected core reserves designated by the Riverside County Habitat Conservation Agency for the Federally-listed endangered Stephens’ Kangaroo Rat (Dipodomys stephensi). The park is also home to nearly 100 other plant & animal species that have been classified as rare, sensitive, threatened, or endangered.  Hike, bike, bird watch, and simply engage in the wonders of Riverside’s wildlife. 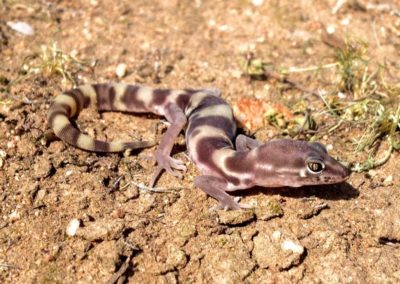 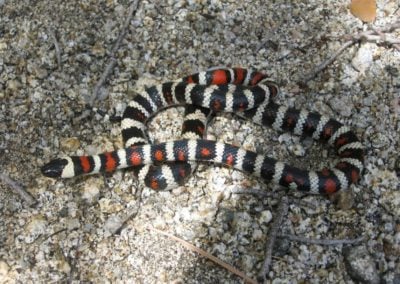 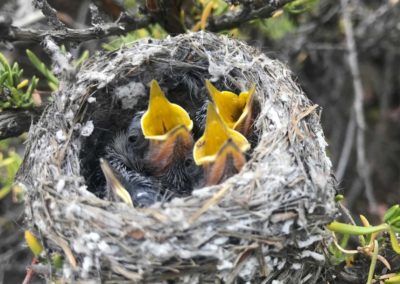 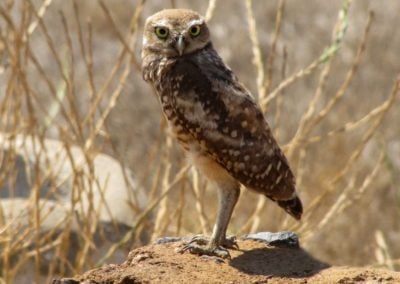 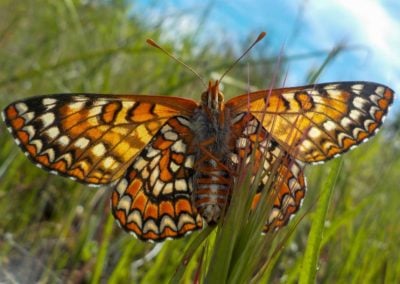 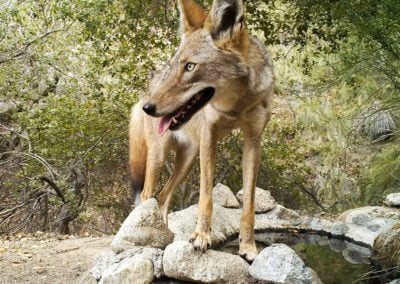 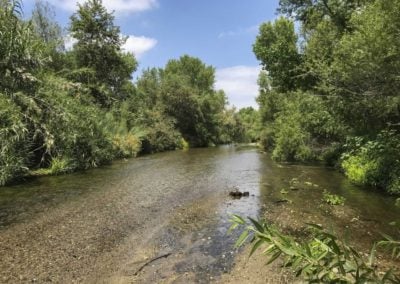 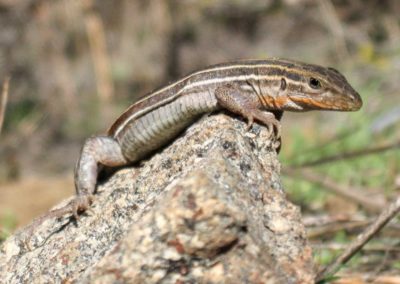 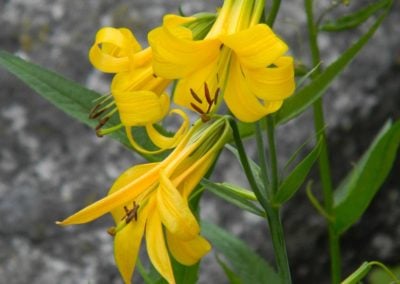