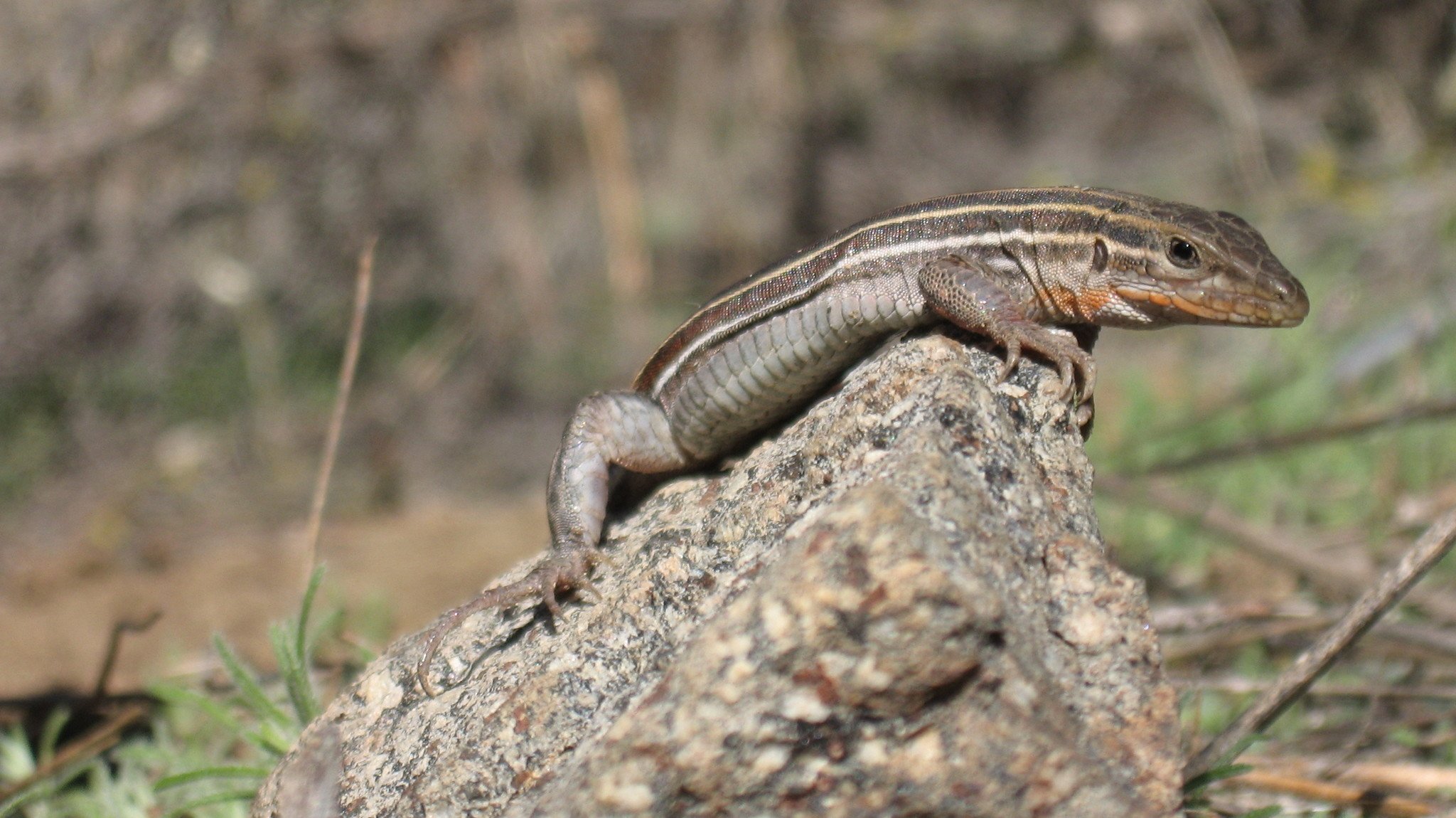 Lizards are plentiful in western Riverside County. You will find them in your garden eating crickets, being chased by cats, or even sunbathing in the mornings on a warm rock. A popular local lizard is the Belding’s Orange-Throated Whiptail (Cnemidophorus hyperythrus beldingi), which has earned a place in our Species Spotlight. The Whiptail is on the California Department of Fish and Wildlife’s Watch List, with additional information needed to clarify its status. It is one of 12 lizards protected by the western Riverside County MSHCP.

This little lizard measures up to 3 inches long and has a distinctive orange chest and throat from front to end. While named after its orange throat, the Whiptail’s entire body is quite colorful. They can be spotted, brown, gray, or striped. Their tails can be twice the length of their body and have many color variations. As they age, their tails change from blue to gray.

The Whiptail primarily feeds on low activity prey and small invertebrates such as ants, scorpions, spiders, termites, and other small lizards. Studies show that their daily life is regulated by temperature. They need to keep their body temperatures within a narrow range and spend the warmest part of the day in the shade or underground. They are out foraging for tasty termites and other snacks early in the morning. In the spring and summer, as temperatures rise earlier, you will find them active early in the day and late evenings. As the name suggests, the Whiptail moves abruptly with quick stops and starts. It is difficult to approach a Whiptail as they usually dart away quickly.

The Whiptail lays eggs in June with a two-month incubation period. It is unknown how many clutches of eggs a Whiptail produces each season, but it sometimes lays more than once during the summer months.

As with many of the other 146 species protected by the MSHCP, the Belding’s Orange-Throated Whiptail is threatened by habitat destruction and invasive exotic species that displace their native insect food sources.